MORE information on the EU Referendum? Or should I say more mindless opinion amongst the drama? I really thought twice about posting this – I really don’t want to make this referendum more divise than it already is. However, it really wouldn’t be right if a ‘money and makeup’ blogger like myself kept quiet during the biggest decision of our economic lifetime.

And that’s what it boils down to for me really. The economy. This big mysterious THING that none of us mere mortals are meant to understand, except that we all know that it’s really really important. And that’s a fact at least. It is very important.

I’m not on the fence, I know exactly which way I want to vote and I’ve always been sure. But I’m not going to use this as platform to try and convince you that you’re right or wrong in your thinking. Your vote is your vote, regardless of whether you decide to use it, how much research you do – or even the way that you come to your decision. There will be plenty of us out there who may even make a decision based solely on what we’ve read in the Daily Mail. I won’t judge.

But here are some things I think are important to say, alongside a tacky looking EU picture below….

The immigration debate is inescapable. People complain about missing the good ole days where “everyone knew everyone in the neighbourhood and we only had one Muslim family who ran the cornershop”. Don’t kid yourself into thinking that leaving the EU will turn that Tesco Express back into the cornershop. We live in a world where everything is expected to happen faster and easier. We can speak to people on the other side the world at any time, buy anything online from anywhere at any time – why wouldn’t movement of people naturally go the same way?

Change is happening because of advances in technology, communications and travel. Human nature is also advancing – holding relationships with whoever we want, expressing our gender however we want, and even acting on religious beliefs in both beautiful and monstrous ways. These are all changes that happen because we live in the modern world and enjoy modern freedoms.

Cultural identity is a strong emotion for many, but the world is getting smaller as it becomes easier to navigate every corner of it. Countries are becoming more similar as we share our cultures with each other and embrace them. Do you feel that’s truly a bad thing? Some do.

The reality is that even in 100 years, the face of the world will look very different to how it does now. Forget about the fishing quota, we’ll be eating insects soon enough.

Trade is a really big deal.

It’s difficult because most of us can’t feel or see the impact of trade. What is trade?! Another faceless concept, like the economy. Well – trade for the UK at the moment is services. Financial services, education, infrastructure and even media – 80% of our GDP comes from services. Manufacturing is more like 15%.

Regardless of how you feel about bankers, we’re the biggest exporter of Financial Services in the world– and the success of much of this is dependent on being able to trade freely with the EU, one of our biggest partners, and vice versa. Outside of the single market, we become a much more expensive partner to deal with.

Why would we hurt our biggest performer in a bid to improve our country? The stronger our economy gets, the more we have available to implement changes for the better.

There’s never going to be a world where we’re 100% happy with the rules and laws we abide by. Whether it’s the laws of the EU or the laws of our own country, politicians are unable to make everyone happy (maybe even anyone!?).

There’s also never going to be a world where England dominates the world as an single island again. We romanticise about the quality of British steel and British cars but in reality, most British car firms are no longer owned by British firms. The rest of the world caught up and in many cases, they’re doing things better than us.

Uncertainty is certainly not good

You might not care about free trade and the single market because you think it doesn’t affect your day-to-day life. Uncertainty and consumer confidence will though. Two uncontrollable elements which have a huge impact on our carefully controlled (albeit sometimes poorly run) economy. Even just the thought of the unknown can send interest rates and prices up. People stop spending and start saving for the ‘just in case’ scenario.

What’s the future of the company I work for going to be? What’s going to happen to my pension? Will I have to pay more for university education? If you’re mortgaged on an overpriced London flat like me, uncertainty is not exciting, or something to welcome. As if getting on the property ladder wasn’t hard enough? But many people are willing to risk it, just to see what’s on the other side. And that’s what a lot of the vote is about- your attitude to risk.

It’s Up To You

There are plenty more factors to think about of course. But the bigger picture all boils down to whether you think we’re better off trying to make it on our own and relying on our own limited resources to see us through, or working together to be successful – even if it means reaching a compromise on areas which you disagree with. As with most decisions in life, you can’t have it both ways and this is not something for a laugh that is easily actioned or reversed. The consequences of this referendum will be with us for years to come (oh man, just think about the cost of the legal paperwork!)

Regardless of how you vote, make a valuable contribution to our political future and do it. It’s not like the general election where we vote in constituencies. Every vote counts. We fought for democracy, so let’s use it.

If you’re not sure – I personally don’t think taking a punt on it is worth it unless you’re truly unhappy with the way things are. And even then – ask yourself, WHO are you unhappy with? The current government or the European Union? This referendum is only about one.

Find out more about voting day and your nearest polling station at aboutmyvote.co.uk 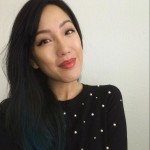